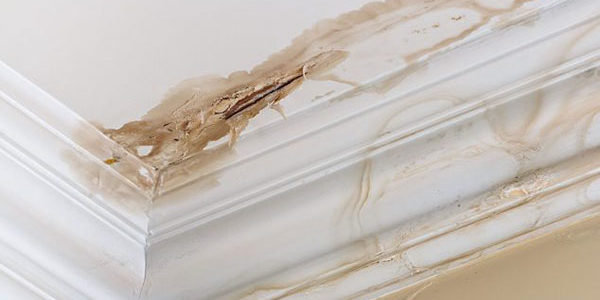 With a wealth of online DIY tutorials, a growing number of homeowners are choosing to tackle their own repair or maintenance jobs. But when these seemingly simple tasks turn out to be anything but easy, many homeowners wish they had called a pro. Here’s a story you can share with clients to highlight the importance of hiring a professional.

A New Home, A New Challenge

After purchasing their first home, Jeremy and his wife were eager to make changes. “The house was built in 1968 and had never undergone a full remodel,” Jeremy said. “It had green carpet, a green stove and wood paneling — it wasn’t ideal.” In an effort to save money, the Bradfords decided to DIY their updates. Both Jeremy and his wife considered themselves handy, so a do-it-yourself overhaul didn’t seem unrealistic.

“We were reinstalling a vanity in the bathroom after putting wainscoting on the walls,” Jeremy said. During the installation, a nail securing the vanity punctured a water pipe and caused a leak. At first, the dripping wasn’t noticeable. But later that night it became more apparent. “My wife woke me up and told me she heard dripping,” Jeremy said. “I was tired, so I kind of insisted I didn’t hear anything. But when I went down to the basement, the ceiling was saturated and starting to bow. There was also a lot of water on the floor.”

After turning off his water main, Jeremy called his father-in-law to help him locate the source of the leak. “We had no idea where the source of the dripping was, so we knocked holes in the walls and looked for signs of leakage. We caused quite a bit of damage just finding find the problem,” Jeremy said. As they worked, clues began to appear that indicated the dripping might be coming from the recently remodeled bathroom. “We tore out the vanity and wainscoting and cut a hole in the wall. Sure enough, there was a nail running through a water pipe,” Jeremy said.

Replacing the damaged portion of the pipe itself was just the beginning of the repairs. After fixing the punctured pipe, Jeremy and his father-in-law had to reinstall the wainscoting and vanity, and also patch the holes they made looking for the leak. But the work didn’t stop there. “The leak started on the third floor and worked its way down into the basement where it really started to pool,” said Jeremy. “We had just repainted our main-level ceiling, and that was now water damaged as well. I just used a can of KILZ paint to cover the stains. Unfortunately, it ended up being a different shade of white than the original paint.” The ceiling in the basement was completely ruined, which required a major replacement.

“Thankfully, the leaks only affected drywall. But tackling that repair myself was so frustrating,” Jeremy said. “The real cost of this mistake was mental anguish. I still look up at my mismatched main-floor ceiling — eleven years later — and think, ‘ughhh.’ It’s also easy to spot the places I made the repairs in the basement.” While Jeremy still tackles DIY projects around the house, he’s learned when it’s best to call a pro. “I’m still stubborn and do stuff myself. But now I proceed with much more caution when taking on jobs. And I also realize that some projects, like electrical work and plumbing, are best left to the pros.”

What DIY Disasters Mean For You

Homeowners like to feel capable, but they also like to feel safe. Sharing your knowledge about the potential pitfalls of a DIY project will help you build trust, and save your potential client from a major headache. Demonstrating your expertise will also increase your chances of winning the job.